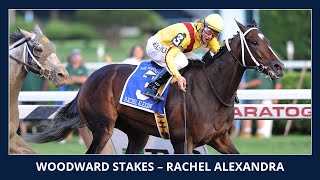 The Central Governor Theory and Racehorses

Fatigue is an interesting concept, especially as it relates to racehorses. Over on Moxy Monitor they have outlined the two standing theories on fatigue, the traditional Cardiovascular/Anaerobic model proposed by A. V. Hill and associates where a lack of oxygen to the working muscles limits exercise performance, and the more recent Hill/Noakes Central Governor model, developed by exercise physiologist Dr. Tim Noakes, where fatigue is generated by the brain as a protective meta
67 views0 comments

Generally speaking owners, trainers and handicappers/punters don't want to hear a race caller say a horse is "three wide and facing the breeze..." This indicates that the horse is outside without cover and covering more ground and invariably using more energy to do so. While some horses (and jockey and trainers for that matter) do like to be a little wide and out of trouble, and relax into a rhythmical stride in doing so, this position (or any wider) generally exposes the (re
40 views0 comments

The Will to Win

The concept of VO2 max was first introduced by Nobel Prize-winning physiologist A.V. Hill in 1923, who found that the amount of oxygen consumed by his muscles increased as he ran at a steadily increasing pace – up to a point. Eventually, his oxygen consumption would plateau, even if he continued to run faster and faster until he reached exhaustion. That plateau, he argued, represented his body’s “maximal oxygen uptake,” or VO2max. Vo2Max (also maximal oxygen consumption, maxi
50 views0 comments