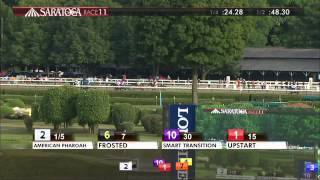 The Travers - a study in pace and mechanical limitations

I decided to spend a little time breaking down the performance of American Pharoah in the Travers Stakes. The common theory is that he “bounced” and didn’t perform at his best in the race. The data doesn’t seem to support this theory though as his Beyer Speed figure and his Timeform Figures were in keeping with his other performances at races beyond 9 furlongs. Being subject to an inefficient race pace is what did him in. As I have previously stated, American Pharoah has a lo
212 views0 comments